This volume offers a summary of the results of the second ltalian-Moroccan Colloquium on Comparative Law held in Rome on the 26th and 27th of October 2017 and dedicated to the kafāla in its function as protector of children: abandoned or facing difficulties, categories to which we can now add that of unaccompanied migrant children, the children in multiculturaI and pluri-religious contexts are the general focus of this book.

Our geographical area of reference is the Mediterranean, understood as the axis linking Rabat (where the first Colloquium has been organised at the end of 2015) to Rome.

The works of the second Colloquium, opened by the paper by Rodolfo Sacco, that is also included in this volume, were characterised by three fundamental lines of analysis.

Firstly, the discipline of the kafāla in Moroccan law, on which the legislator has, since 2000, conducted a process of reform of the entire personal statue culminating with the promulgation, in 2004, ofthe new Mudawwanat al-usra (Family Code). Just a few years earlier, the kafāla, was the subject of a special law to which we will be turning our attention hereinafter.

The second line of analysis was dedicated to the comparison between the kafāla and adoption where, in addition to the contributions of academics and magistrates, the operative prospect was enriched by the work of representatives of the associations that actually deal with the protection of children, expounding on the problems that may emerge from the so-called actions “on the field”.

Lastly, the third session concentrated on the question of the evaluation of the interests of the minor: a concrete evaluation of the context in which the minor lives and has to integrate, and which could effectively facilitate protection of both their legal position and their sphere of relationships.

We hope to publish the records of the wider discussion in ltalian and Arabic, the languages in which the two conferences were held. The choice of languages was not easy, but positive in that it allowed us to reciprocally offer the richness of our respective legal cultures and the depth of the debate that in each of them is in act with regard to the subjects discussed on each occasion.

The surnmary that follows contributes to extending these reflections, and to making further steps forward to effectively protect the children of both sides of the Mediterranean: a shared space in which it is possible to peacefully pursue the goals of integration and harmonisation on the basis of commonly acknowledged rules.

GIAN MARIA PICCINELLI, The path to the Italian-Moroccan Dialogues on Comparative Law

ANDREA BORRONI The Kafāla in a Comparative Perspective

DEBORAH SCOLART, Legal Protection of Orphans in Islamic law: Kafāla as a tertium genus between natural family and adoption

CLARA MARICONDA, A Key-lecture of the Institute of Adoption in light of Kafāla: Issues and Problems

JIHANE BENARAFA, Kafāla and Society. The Interest of the Child and the Issues Associated with its Practical Application

5 – Emir Habibullâh, the court, the capital

6 – An outline of organization 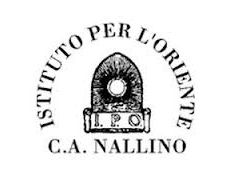